Bank of Lake Mills employees are allowed to wear jeans to work on Fridays in exchange for a monetary donation. The money raised is then donated to a local charity or organization that has been selected by the employees. 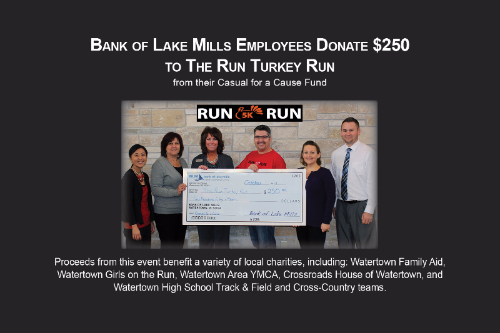 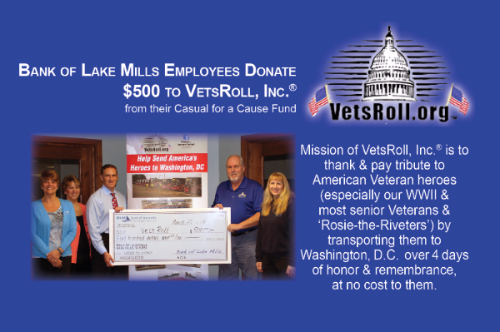 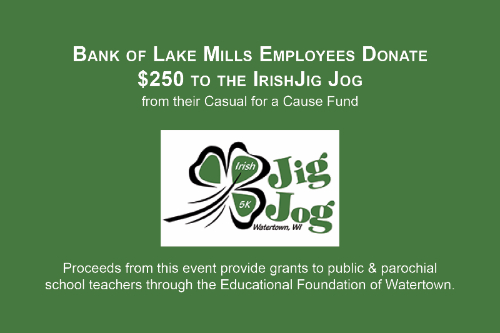